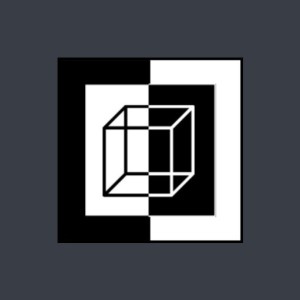 The craze of mobile gaming is increasing day by day. Processor companies like Qualcomm and Mediatek are designing processors, especially for gaming purposes. There is a very small group of people who are desperate for mobile gaming. They will buy a gaming mobile without any hesitation. Gaming mobiles are great in terms of specifications and performance. But here a question arises, “should I buy a gaming phone in 2020? ” or “are gaming phones worth buying?” let’s find out.

It even supported wireless multiplayer gaming over Bluetooth or via its N-Gage Arena online service. Instead of downloadable games, N-Gage games came in the form of MMC cards.

Within a half year of releasing N-Gage, Nokia launched it’s upgraded model Nokia N-gage QD. This Mobile solved many problems of earlier versions. Nokia sold only 3 Million units of the N-gage series by 2007, this was just half of Nokia’s selling target.

In march 2006 Samsung also launched a gaming phone Samsung SPH-B5200. It was a two-way slider phone which offers a lot of games on portrait mode and landscape mode as well.

But Samsung failed to sell this phone in large numbers and this mobile disappears from the market within some months.

In 2008 Nokia launched an online gaming store for multiple devices. but again Nokia failed to attract customers. In 2009 Nokia announced to shut down it’s all operations related to gaming phones.

After two years, in April 2011 sony launched a gaming phone Sony Ericsson Xperia Play. this mobile was also known as the “PlayStation Phone”. But unlike PlayStation things did not goes well for this gaming phone and sony decided to shut down its upcoming operations.

Acer, Motorola, and iReady also try to capture this small market of gaming phones but no one succeeds.

In 2018 ASUS become a game-changer in the gaming phone market. In October 2018 Asus launched ASUS rog 1. this phone was packed with decent specifications.

Thanks to its high-end specifications and Asus’s marketing this mobile become a massive hit in the gaming phone market. Asus launched its successor Asus rog phone 2 in 2019 and Asus rog 3 recently.

What makes a gaming phone special?

Liquid cooling is not limited to high-end PC nowadays. Nowadays Gaming phones also come with a liquid cooling system. It took processor cooling to another level.

There are some special tools integrated into the gaming UI that help a lot with hardcore gaming and streaming.

Thanks to high end overclocked processor, high amount of ram, and a superfast storage, gaming phone provides a top-level performance.

The high-end performance of gaming phones allows us to play our favorite games in high-end graphics in maximum fps.

gaming phones come with a lot of peripheral such as the included motorized fan that can be attached to the phone for long hours of gaming. These peripherals support us on hardcore gaming.

Why you should not buy a gaming phone?

Genuinely mid-range and high range phones don’t disappoint us if we play some games for 1-4 hours. There are some qualities of gaming phones which can annoy you if you are a normal user. You must check out these features if you are looking to buy a gaming phone.

If your one of the main priority is the camera of the phone than a gaming phone could not be a perfect device for you. Usually, gaming phones do not provide a great camera performance if you compare them to normal mobiles of the same budget segment.

Camera quality in gaming phones has improved a lot in the last few years but they are still not as good as other normal phones.

If you love simple and minimalistic design than gaming phones probably disappoint you. Gaming phones come with a cool look and feel which is specially designed for gamers.

Well, my answer is yes. If you are a hardcore gamer then, a gaming phone will not disappoint you. If you want the best Android performance and you are fine with the cons. which are mentioned above, then you can go with a gaming phone.

But if you play mobile games very rarely or you don’t want to make a compromise with the camera and other specifications then I suggest you, do not buy a gaming phone.

Do you own a Gaming Phone or are you looking to buy a gaming phone? tell us in the comments.